Marosi Stromboli | Around a process of making 2022
1170
page-template-default,page,page-id-1170,ajax_fade,page_not_loaded,,qode-title-hidden,qode_grid_1300,side_area_uncovered_from_content,footer_responsive_adv,qode-theme-ver-10.1.2,wpb-js-composer js-comp-ver-5.1,vc_responsive 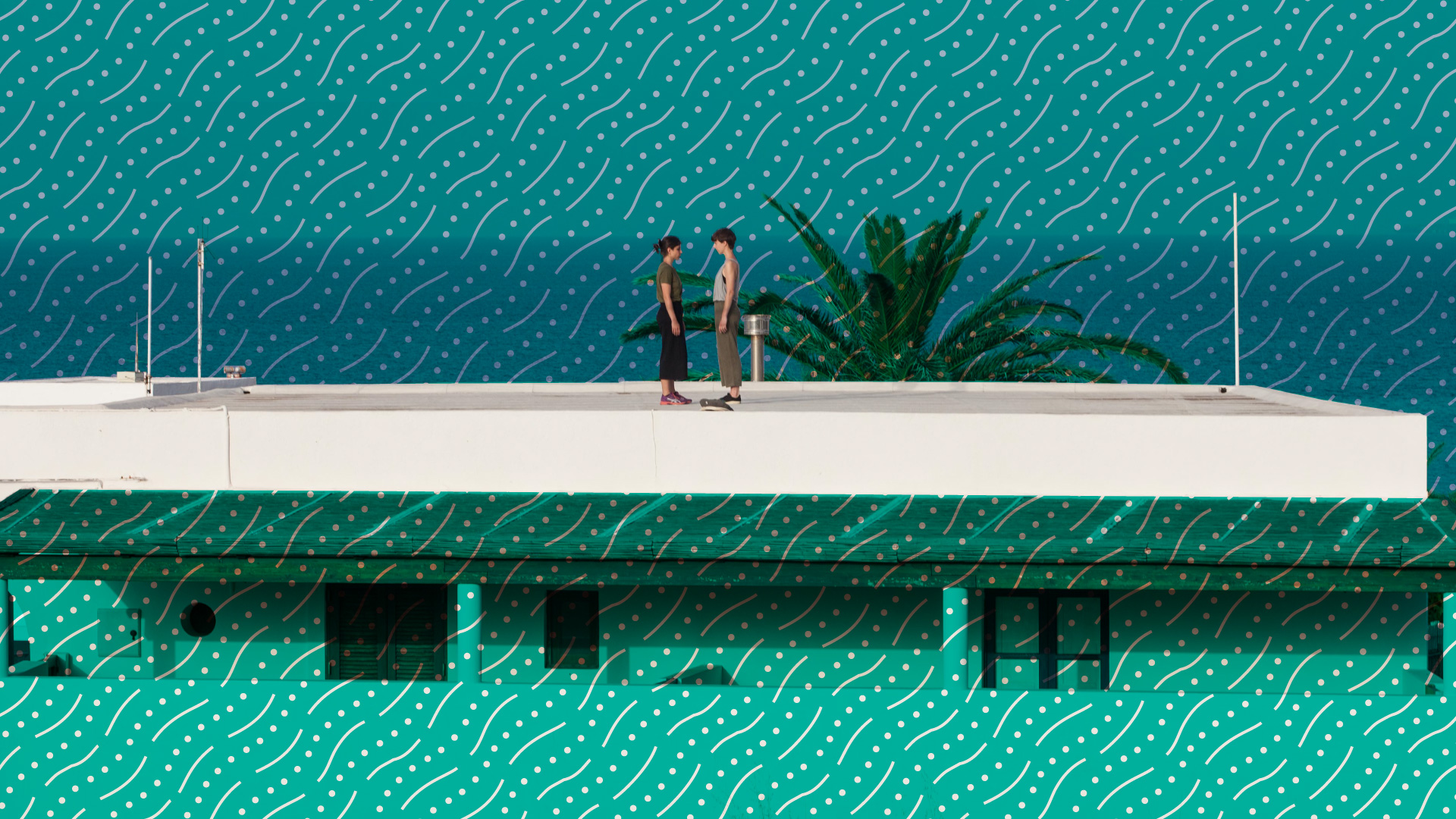 AROUND A PROCESS OF MAKING 2022

In Marosi Festival 2022 “Around a process of making” intends to enter increasingly into dialogue with the design idea that gives rise to a creative process. In the initial phase of a process, there is an incessant and restless interrogation activity. The relationship with the questions is expressed in research and, sometimes, in the production of research methodologies that allow us to get closer and closer to what we are generating. With the aim to foster dialogue between different generations of artists, in 2022 Marosi dedicates the higher education space to the coaching formula.

A maximum of 6 unpublished research projects at the initial stage will be selected. The projects will be accompanied by the external gaze of four artists and a curator. Each of these artists will deal with a specific aspect in relation to the development of the project: movement research and choreography, dramaturgical and concept development, sound and spatiality are some of the aspects that will be addressed.

The coaching sessions will be individual, carefully structured and can take place in the form of conversation and / or in that of action.

The working days will be organized as follows: every morning the participants will have a shared workspace where one of the coachers will stimulate body research with inputs and tasks for a maximum of two hours of work per day. During the last two days – in the morning – participants may be given the opportunity to carry out body work independently in the form of shared training, to encourage participants to transform their research questions into body practices to be proposed to fellows, observing how a personal proposal rooted in one’s research can resonate in another body and in another project. In the afternoon, each participant will find a space on the island to work, independently, on his own project. It is here that, through a structured and pre-established calendar of appointments, the coaches “will come to visit” the research of the participants for a maximum of two appointments per day lasting approximately one hour.

The selected projects will not necessarily have to lead to the development of a performance. However, if you feel that an initial discussion with the public is necessary for the current phase of the process, we have reserved an ad hoc space within the program of the festival on 3 September, “Opening dancing roofs” , where you can share your research with the festival audience.

In addition, the most promising researches will be able – thanks to the support of Marosi and all the affiliated companies in partnership – to find support and be presented the following year within our and other Festivals.

“Around a Process of making” is a pedagogical path devoted to rethinking the forms and roles in the transmission of knowledge and experience. In 2022 the coaches will be: Annika Pannitto, Peter Jasko, Clara Furey and Maya M. Carroll.

The Marosi team will carry out a constant and careful action of participatory and participatory observation, an active curating action.

This call is aimed at unpublished and emerging choreographic research projects. A maximum of 6 projects will be selected.

Send no later than 25 July:

– description of the project (max 3000 characters)

The results will be announced by August 5th.

The working period is from 29 August to 2 September, divided as follows:

Arrival on the island: 29 August (morning)

Output / Opening dancing roofs (optional, based on the needs of the individual creative process): 3 September within the schedule of the Marosi Festival

The whole project will be organized on the island of Stromboli.

The work spaces will alternate between the Parco Parco (wooden platform en plein air) and the roofs of the Aeolian houses, in line with the rest of the Festival, Back to the roofs.

Marosi guarantees each participant room in a shared apartment (Instagram @geostromboli) and board for the entire working period. Travel expenses are to be paid by the participants.

Participation in “Around a process of making” 2022 is free.

She is a choreographer, dancer and researcher in the field of contemporary choreography. Her work has to do with the relationship between dance and choreography, and she starts from the human body and its relationship with space and time. Her works have been hosted in various European contexts such as the Schouwuburg theater in Rotterdam, the Atelier Re. Al in Lisbon, the Diskurs Festival in Giessen, the Centro Danza Canal in Madrid. She regularly collaborates with artists from other disciplines to enrich her practice and learn from other artistic paths. Together with the designer Erica Preli she has edited the publication “Table Conversation” since 2012.

He began his training in the Dumbier Slovakia Children’s Folk Dance Company. He graduated from the J.L. Bella dance academy in Banska Bystrica, SK. He continues his higher education by studying at the University of Music and Dramatic Arts in Bratislava before joining P.A.R.T.S. (Brussels). As a dancer he worked for international artists and companies such as: Zuzana Hajkova, Opera Banska Bystrica, ASpO, Roberto Olivan, Juri Konjar, G. Barberio Corsetti, Fatou Traore, Sidi Larbi Cherkaoui. Since 2001, Peter has collaborated with David Zambrano as a performer and as an assistant in training activities. He co-founded the collective Les SlovaKs with which he created: “Opening Night”, “Journey Home”, “The Koncert” and “Fragmets”. As a choreographer he works on the development of numerous plays: “Nurofen”, “Sextext”, “Solo2009”, “Mono”, “Lolek and Bolek”, “Lands”, “For You”. He also builds numerous collaborations from which are born “Shared Night” with Milan Herich, “Oxymoron” with Pierre Michaud, “Spring Quartet” with Florencia Demestri and “Untied Tales (The vanished power of usual reign)” with Clara Furey. From 2002 to today he has taught in numerous dance and circus schools and within festivals at an international level.

Performer and musician, Clara Furey graduated from Les Ateliers de Danse Moderne in Montréal. She studied classical piano at the Conservatoire Municipal du XIV in Paris. Since 2004 she has been dancing for numerous choreographers: Claude Godin, Emmanuel Jouthe, Georges Stamos, Benoît Lachambre. Directed by Arthur Nauzyciel and choreographed by Damien Jalet, she works on the opera “Red Waters” (by Lady & Bird). Also with Damien Jalet she collaborates on a performative installation for the Louvre Museum in Paris. She works with Catherine Gaudet and Daina Ashbee. As a choreographer she created several plays, often in collaboration with other artists: Benoît Lachambre, Céline Bonnier, Michikazu Matsune and Peter Jasko. At the same time, she continues her musical career, looking for a language capable of combining her artistic passions (performance, piano, song, dance). She participated in the Voix d ’Amérique Festival with the play “Body and Soul”. She developed a project between music and performance for the Teatro de Quat’Sous. She was involved in the creation of Guy Maddin’s art film “The Forbidden Room” (MOMA, New York; Beaubourg Center Pompidou, Paris; Phi Center, Montreal). Her new choreographic project, “Cosmic Love” has been presented within the 2017 – 2018 Season Dans Dans, Montreal (CA).

Is an independent choreographer, performer, mentor and teacher, based in Berlin since 2004. In the past seventeen years Maya has created works from solo to extended group pieces; collaborating and presenting work with dancers, visual artists, poets, musicians, actors, opera singers, stage and light designers in Europe and worldwide. Maya has been making dance independently as well as commissioned to create work for state theatres, companies and dance academies. Between 1997-2000 Maya danced in Muza dance company, Tel-Aviv, Israel. She collaborated with choreographer Lara Barsacq over five years (Tel-Aviv – Paris). Between 2000-2003 Maya danced in Batsheva Ensemble company, directed by Ohad Naharin. She also danced works choreographed by Anat Danieli, Sharon Eyal and Arkadi Zaides to name a few. In 2005 Maya joined the Research Project with Sasha Waltz & Guests in Berlin. Since 2013 she has collaborated with choreographer and director Julyen Hamilton. She has been part of his company Allen’s Line and performed in the pieces “Goat Ocean”, “Mud Like Gold”, “The Light Beneath Reaches BURST!” and “Thirst”.